Gyaltsen Tsemo is a sutra or tantra (Nygak) bestowed by Lord Buddha to Indra, the king if gods. It was once when Buddha was taking rest on a flat stone of similar color to that of his clothes at Thirty-third realm of the gods, Indra approached and appealed for help after a bad defeat by Vemchitra the king of demigods "Asuras". Lord Buddha himself recited them and preached to others before attaining enlightenment and was caused no harm by others. Indra was advised to recite it so as to realize triumph and success over his enemies and victory over all obstacles. 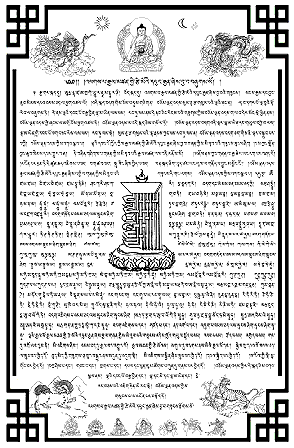